As children with autism evolve into teenagers, they are confronted with a new set of challenges that can cause the symptoms of autism to become more pronounced and visible to others. Because entry into high school thrusts them into an environment that involves frequent class changes and location changes, teenagers with autism often have a difficult time coping with the unfamiliarity of new places and routines. Teenagers with autism often display symptoms such as increased rigidity, the inability to read social cues, difficulty maintaining relationships with peers and even depression.

Teenagers with autism are often thrust into new activities by their caregivers in an effort to facilitate the development of independence. These new activities may involve more frequent class changes in school and participation in new group activities. While these changes are often designed to help people with autism become integral members of a community, teenagers with autism may have difficulty coping with the changes that accompany a busier schedule. In response to their inability to cope well with these changes, teenagers with autism often appear to be rigid, obstinate or inflexible. Many prefer the comfort of their set pre-established routines and may resist going to school or participating in activities.

Teenagers with autism are often unable to read or interpret social cues conveyed by body language or facial expressions. As a result, they may be unable to see that their comments or behaviors are bothering other people. Adolescents with autism may also be unaware that they have body odor or unconcerned that it may be offensive to their peers. Teenagers with autism may continue to engage in a behavior that is bothersome or offensive to others unless they are specifically and directly told to stop engaging in that particular behavior.

Unstable Or Non-Existent Relationships With Peers

Perhaps as a result of their awkwardness or perceived insensitivity to others, teenagers with autism frequently have difficulty maintaining functional relationships with their peers. Their bluntness may be misinterpreted as rudeness and they may unknowingly offend their peers with abrupt comments. Additionally, adolescents with autism may have problems establishing and maintaining meaningful relationships with peers due to their difficulty displaying empathy. While teenagers with autism may be just as sensitive as their peers without autism, their inability to read social cues or communicate effectively may cause them to be ostracized by their peers.

Many people mistakenly believe that teenagers with autism lack sensitivity or feelings. On the contrary, adolescents with autism recognize that they are different from other people and can detect that they are being shunned by peers. As a result, they often become more isolated and are at increased risk for depression. It is important for caregivers and family members to recognize this risk and to ensure that any significant changes in mood are addressed by a mental health professional. 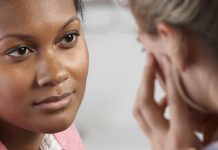 How to Drink Green Tea for Health Benefits